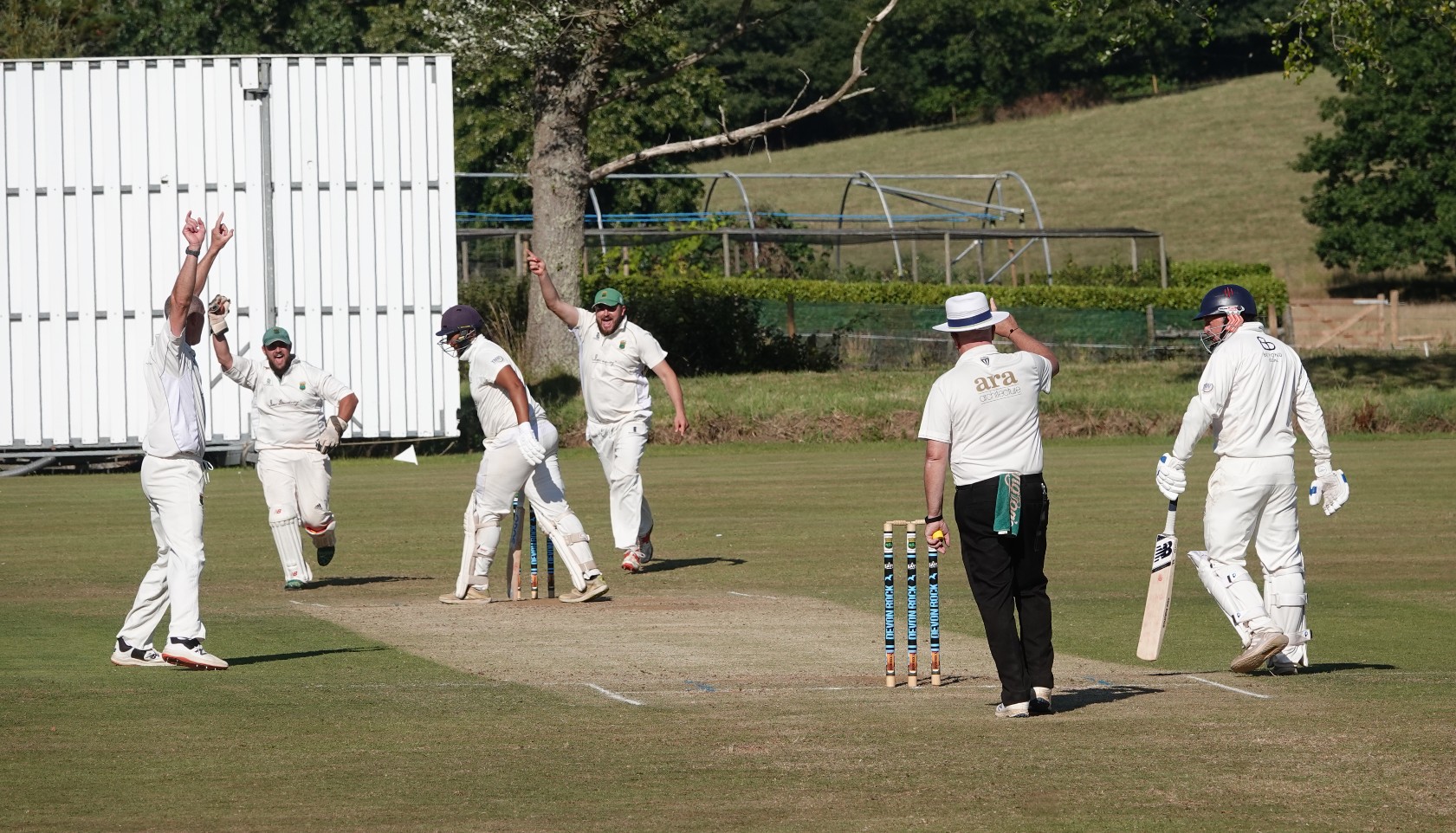 Moments of truth across the board as the season turns into final straight.

Before we get into the weekend’s action, let’s celebrate a busy week for Cornwood players
representing at Devon level. Ben Beaumont hit 70* from 68 balls on Sunday as part of a Devon Lions
team that beat a Somerset Pathway XI. On Tuesday, Matt Skeemer captained, with Ben and Elliott
Staddon also playing, for Devon against a strong Somerset XI. Matt ran out James Hildreth and Elliott
claimed the wicket of George Bartlett. Then, Ben, Matt, Elliott and George Thompson all showed for
the Lions against a Cornwall development team in a 2 day match at Oak Park. Four first innings
wickets from Matt put the Lions in a strong position, but the match ended drawn.

On Saturday, the Ones travelled to Heathcoat for a moment of truth match. With last week’s
convincing victory over North Devon putting Cornwood within 10 points of the leaders and 6 of their
hosts, a win would establish Cornwood as genuine dark-horse title contenders. With their recent run
of form, knowing that they pushed Heathcoat very close in June, the Ones had cause for optimism.
Elliott Staddon won the toss and fielded, looking to restrict the hosts to a reachable target with
Heathcoat ninth in the league for batting bonus points.

Josh Coker made the perfect start, as Liam Kitch, Heathcoat’s only century maker this season, nicked off for 1. Further breakthroughs took patience as Jamie Drew (73 from 76) attacked while Simon Sobczak (38) defended in a 112 run second wicket partnership. While Heathcoat had a platform, the bowling combination of Bista and Baker kept a level of control over the innings. Lee Baker was pick of the bowlers with 10-0-41-3, removing Jamie Drew and Heathcoat’s top scorer Peter Randerson. Liam Lewis was able to guide the Heathcoat score to 230-8 by hitting 53 from 63.

The Ones had the kind of target they hoped for, but Heathcoat win because of their bowling attack
lead by arguably the most dangerous bowler in the league, Malcolm Cloete. The South African
paceman, unavailable for the last two years due to Covid, has now taken 100 wickets in his 3 seasons
in Devon, and looks on course to beat his season record of 44 wickets set in 2019. Cloate’s second
five wicket haul of the season, finishing with 9.3-2-30-5, was too much for the Ones on this day.
The old cliché of one wicket bringing two proved true for the Cornwood reply, Jay Bista and Ryan
Rickard both went early as the score reached 29-2. Max Finzel and Ben Beaumont fought until they
both departed with the total on 56. Matt Skeemer (32) and Noah Carlisle (29) battled for a 76 run
fifth wicket partnership that kept the Ones in contention at 132/5 with 22 overs still remaining.
Again, both batters fell within an over of each other. Elliott Staddon and George Thompson (34) are
both players you would want in a situation like this and they kept the Ones close with a 46 run
seventh wicket partnership. Elliott was caught, but George kept the chase moving until Cloete
bowled him with the score on 205. The South African then cleared the tail to leave the Ones 19
short.

That loss effectively blocks the outside lane sprint challenge for the title the Ones were mounting.
Pushing Heathcoat close home and away gets added to their impressive CV as a fierce,
outperforming force in the 2022 Premier Division. Cricket may not be coming home to Oak Park this
season, but we can wait, because when it does, it’s going to take one look around the place and
never want to leave.

However, everybody was glad to see the back of Teignmouth and Shaldon at Oak Park after the Twos
sent them home with their tails between their legs. Teignmouth play an aggressive brand of cricket.
They like fast bowling, fast batting and an ‘in your face’ attitude. Although their nickname is the
Optimists, they would have benefitted on Saturday from a set of realistic expectations. At mid-
season, Teignmouth were possibly the team that might push Plymstock for promotion having beat
them, but their season is over. They had lost 4 of their last 5 matches including being hit for 333 by
Kingsbridge last week, were struggling for availability, had their opening bowler trying to get through
this match with a leg injury, and were bowled out by the Twos for 108 on their own track in June.
Faced with a Cornwood side with six players with 30 Premier Division appearances between them
this season, you could wonder what exactly Teignmouth hoped to get out of the game?

Despite a team-wide sense of grievance, Teignmouth lost by 163 runs not because of umpire’s calls,
or bad luck, or because they were hard done by in any way. They lost because they had no answers
on a quality batting track for Jack Brown (89) and Harry Woolway (69) as they put on 168 for the
second wicket. Teignmouth did not bowl badly but Jack and Harry were both a clear class above with
great control over their shots and tempo. Robin Dart helped propel the final stages of the run chase
with 39 from 31 to put Cornwood at 281-9.

Calm heads knew that was way too many for a team that had already been bowled out for 108, 101,
154 and 85 this season. Unfortunately for the match, few of those calm heads wore Teignmouth
shirts. It is a sign of the Twos present strength in depth that they could cope with a blow to the ankle
to James Richardson, not have to rely on the bowling of Ethan Carlisle, Matt Tamsett, Josh Goodliffe
or Robin Dart, and still skittle Teignmouth out for 119. Andy Bees dismissed the top order with a
spell of 9-1-37-4. Harry Woolway showed class with the ball as well as bat taking 3-32.

In F Division West, the difference between the top 3 in the division and the rest is bowling. Beyond
the win that helps stabilize the team in mid-table, the Threes can take satisfaction from the next
generation of Cornwood players skittling Ashburton 2XI for 95. Opening the bowling in his first adult
league match, Harrison Hodge’s first victim was Jack Warren. James Bowden had his best outing of
the season with 8-4-18-2; with the two being Ashburton’s captain Phil Pascoe and dangerman
Marcus West. Archie Trevethan had figures of 5-0-9-2 and Joe Davies polished off the tail with 3.5-0-
8-3. Joe deserves a special shout out as this game was his 25 th of the season across all Cornwood
teams, the most in the club this year. On a Delamore Park field that still has some of its colour, Sam
Griffiths showed the way to bat with 52* in 45 balls as the Threes cantered home for an 8 wicket win
in 14.2 overs.

If the Fours needed their expectations grounding as they travelled to Palstone Park to play South
Brent, they could remember the play-cricket forecast that gave them only a 37% of victory pre-
match. South Brent are top of G Division with a five game winning streak. Paul Skeemer top scored
for the second week running with 44 and Nathan Parsons supported with 24, but the team was all
out for a nelson on 111. Ollie Mitchell’s off spin took two with him but South Brent only needed half
their overs to get home. That loss puts the Fours back into the drop zone.

Friday night saw the Under 19’s end their campaign with a convincing win over Plymstock. Batting
first, Noah Carlisle fired for a 24 ball 50* while Jack Lane played the closer role with 45* from 27 as
Cornwood reached 182-5. The chase was stomped before it started as Ethan Carlisle and Harrison
Hodge combined to restrict Plymstock to 20 runs in the powerplay. Ollie Mitchell took 2 wickets on
the way to a 51 run win that is enough to leave the team mid-table. The winner of Ivybridge vs
Plympton will go on to finals day on the 10 th September.

Heading a bit further into the colts ranks, time for a quick note about the Under 15s season. The
Under 15s made good progress in 2022, jumping from 10 th place in the 2021 league to a creditable 4 th
with notable wins over Ivybridge, Plymstock and Plympton. Team manager Adam Whiting helped the
team to combine a relaxed feel with high commitment levels and coach/umpire Chris Bowden
continues to invest his wisdom and energy into the next generation of Cornwood players. Joshua
Whiting, Max Daniels, Rocky Travers and Charlie Farmer all passed the 150 runs landmark for the
season. Harrison Hodge lead the bowling with 10 wickets at 16, while Ollie Mitchell, Shrenik Naik
and Joshua Whiting all took 8 wickets.

Next week, the Ones welcome Hatherleigh to Oak Park, the Twos will be hoping for some chilled
Totnes vibes at Stoke Gabriel, the Threes are away to South Devon and it’s a relegation face off as
Fours play Stoke Gabriel 2XI at Delamore Park. On Sunday, the Women’s Ones are scheduled to face
Plymouth at Mountwise. 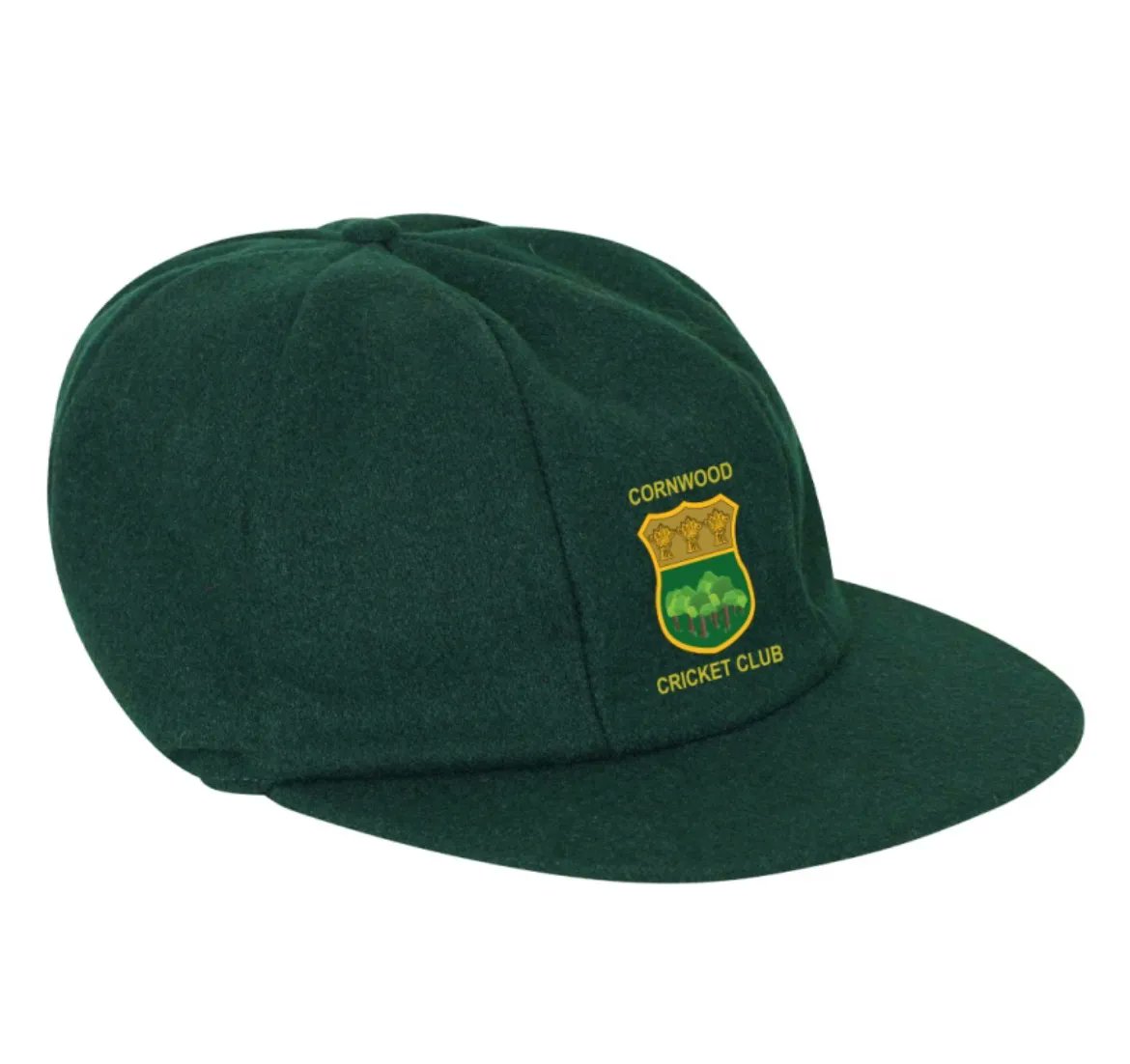 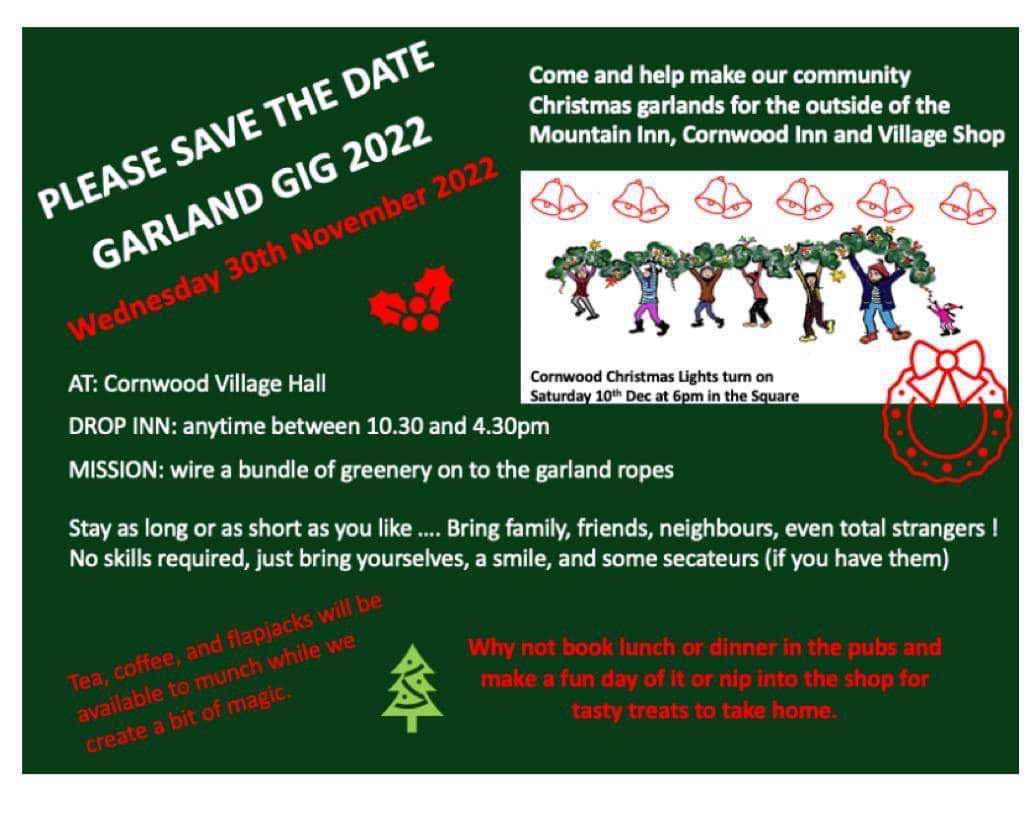