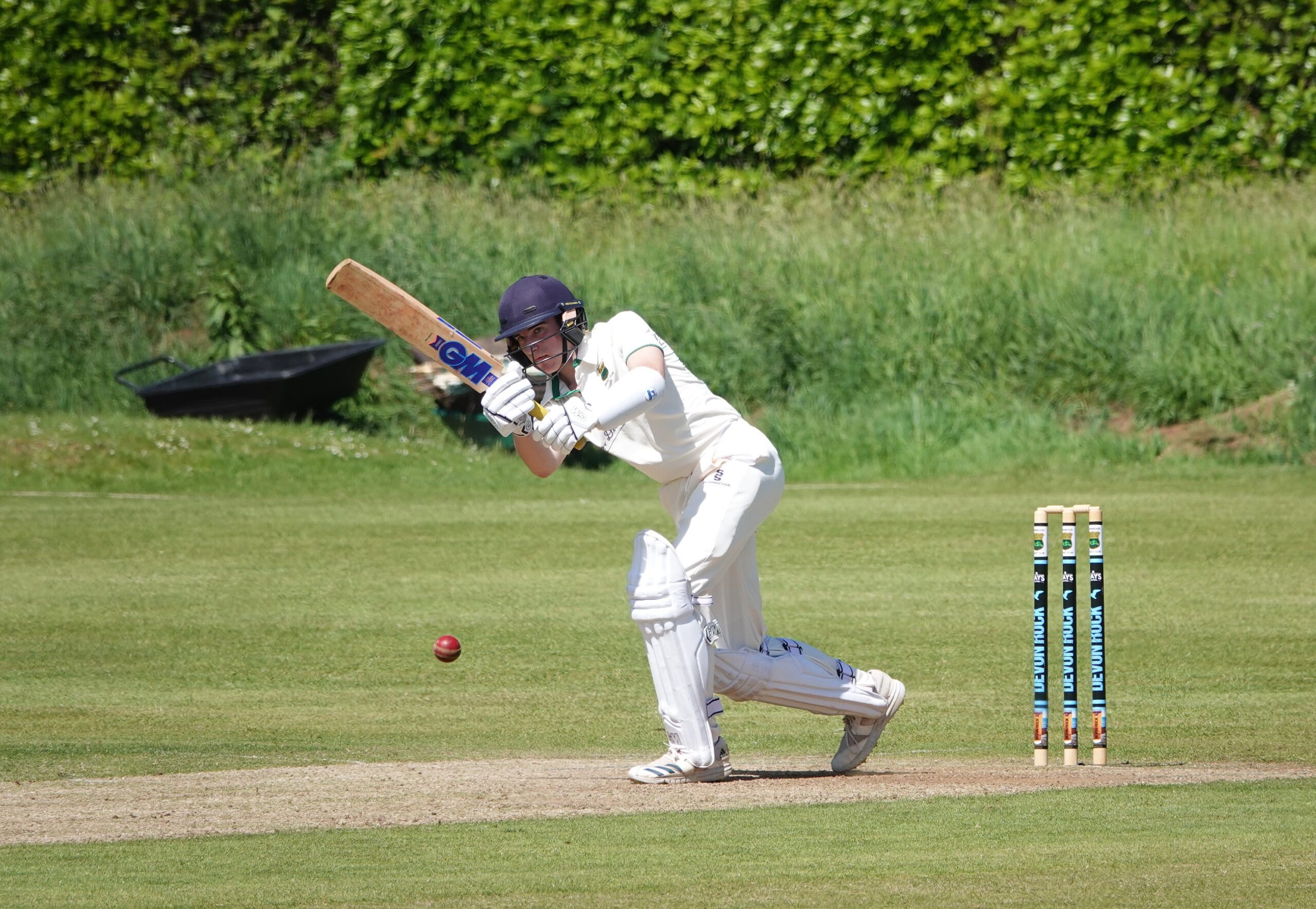 The Sweep starts with the Twos this week as they recorded their first win of the year at Oak Park against Plymouth 2XI by 129 runs. At 2:32pm, very few on the ground would have predicted that kind of result. Under pressure from an efficient Plymouth attack, Cornwood had slipped to 36-6, before scrambing to 55-7 and 78-8 with 25 overs remaining. Andy Bees joined Noah Carlisle at the crease with little more than the hope of playing sensibly and seeing what happened. The pair reached the second drinks break at 118-8 and the advantage firmly with Plymouth but the fielding side clearly tensed as the promised chances did not come.

Bees and Carlisle found a way to build the score in a relatively risk-free way. Noah played more of an anchor role with a maturity beyond his years and Andy picked his moments to attack. Andy was the first to 50, in 69 balls on his way to a total of 68. 10 minutes later, Noah reached his landmark in 94 balls and finished on 64. This was a first Devon Cricket League 50 for both players.

When Noah was bowled in the last over of the innings, the pair had put on 129 for the 9th wicket. You have to go back to 14/5/16 for the last 100 partnership for the 9th wicket for the Twos, when Daniel Piddock and Matt Tamsett put on 102 to steal a 2 wicket win against Plymouth 2XI.

Momentum in the match had swung mightily towards the twos and an opening bowling partnership of Josh Coker (6-0-30-3) and Lee Baker (8-4-16-2) moved the dial further. In his first game of the season, Coker looked sharp taking the top 3 in the order. Plymouth were left in their own fielding circle of hell at 66-6 at drinks. Of course, the Plymouth pep talk at that point is they came back and we can too, but to achieve that the visitors had to get through Matt Tamsett (5.2-1-9-3) and Andy Bees back on his day job. 10.2 overs later, Plymouth had been wrapped up for 82 to conclude a remarkable match.

The Ones took the long trip to a strong North Devon outfit with both Elliott Staddon and Jay Bista unavailable for selection. Winning the toss and batting, the Ones made a positive start with Craig Harris straight driving to 33 as the team reached 75-2 in 23 overs. Harris’ wicket started a middle order collapse as 4 wickets fell in the next nine overs to leave the Ones 96-6.

Needing a fightback, the Ones were able to set a target to defend as they reached 181-9. Harry Woolway lead the charge with a measured 34*. Any hopes that the Ones’ target was the kind that generates a tense, nervous run chase were swiftly dispatched by North Devon’s openers as they accelerated to 78-0 in 11 overs.

Both Dan Bowser and Ben Howe reached 50 in 45 and 59 balls respectively and North Devon romped home with 20 overs to spare. With two wins and two losses, the Ones are right in the middle of the Premier League pack at 6th place.

We’re in the last weekend of ‘No Mow May’, an important environmental campaign to encourage garden bug and pollinator life by leaving lawns and grass verges to grow naturally. As the Threes arrived at Torre Valley North for their match against Paignton 3XI, it was clear those sound ecological principles had been applied to pitch preparation.

The Threes won the first big moment of the day, winning the toss and putting Paignton into bat and from there built towards a routine victory. 3 years ago when the Threes played Paignton 3XI on this ground, they bowled the hosts for 101. This time, they tumbled for 107, with wickets shared around evenly among the opening bowlers before Josh Wood took 3-12 and Joe Davies cleared the tail on the way to 4-12. In response, Josh Wood ticked along to 29 and Finn Torley attacked for 39 as the Threes hit their target with five wickets to spare. They are tied with Ashburton 2XI on 61 points for second place in the F Division West.

If there were questions about the strip the Threes were faced with, then credit must be given again to Bradley Nicholls and the grounds team who provided a 400+ run belter for the Fours. Delamore Park was at its finest, displaying an outfield that the younger colts the night before had said ‘looked like Wembley.’ Bovey Tracey 4XI, armed with a strong team and an army of trainee scorers, won the toss and batted.

The Fours bowled well and shared the wickets around, but an 83 fifth wicket partnership between Jack Ansley and Darren Harvey propelled the visitors to a total of 223-7 in their 40 overs. Jon Lambert looked good on his way to 40 but the Fours reply stuttered to 80-5. The comeback came with Ethan Carlisle and Marc Whaley building a powerful sixth wicket partnership of 126.

Ethan and Marc scored 68 and 64 respectively and both went faster than a run a ball. Credit
though to Jake Forey of Bovey Tracey who held the Fours to four runs from the last over when they needed eight. The visitors did just enough to shade the win and the Fours remain eighth in G Division West.

With no Sunday games this week, there is space for some other news. Jay Bista is currently back in India, leading Uttarakhand into the upcoming Ranji Trophy playoffs. Their quarter-final match against Jay’s former club Mumbai CC starts on 6th June. Ben Beaumont is doing well for his new team Bath CC. He has scored two league 50’s for the Bath Second team in four games and was in the Devon squad against Berkshire in the NCCA One Day Trophy.

Closer to home in the Colts section, The Under 13s were unbeaten through May, the Boys Under 11s have won three out of four, and Charlie Farmer hit his first 50* for the Under 15s against Ivybridge this week. Next week looks to be a special occasion at Oak Park with massive plans to celebrate the Platinum Jubilee. There will be plenty going on and the Ones will be hosting league leading Heathcoat. It’s an event not to be missed. The Twos have a challenging trip to an unbeaten Teignmouth & Shaldon, The Threes travel to Ashburton in a promotion fight, and the Fours are home to South Brent. 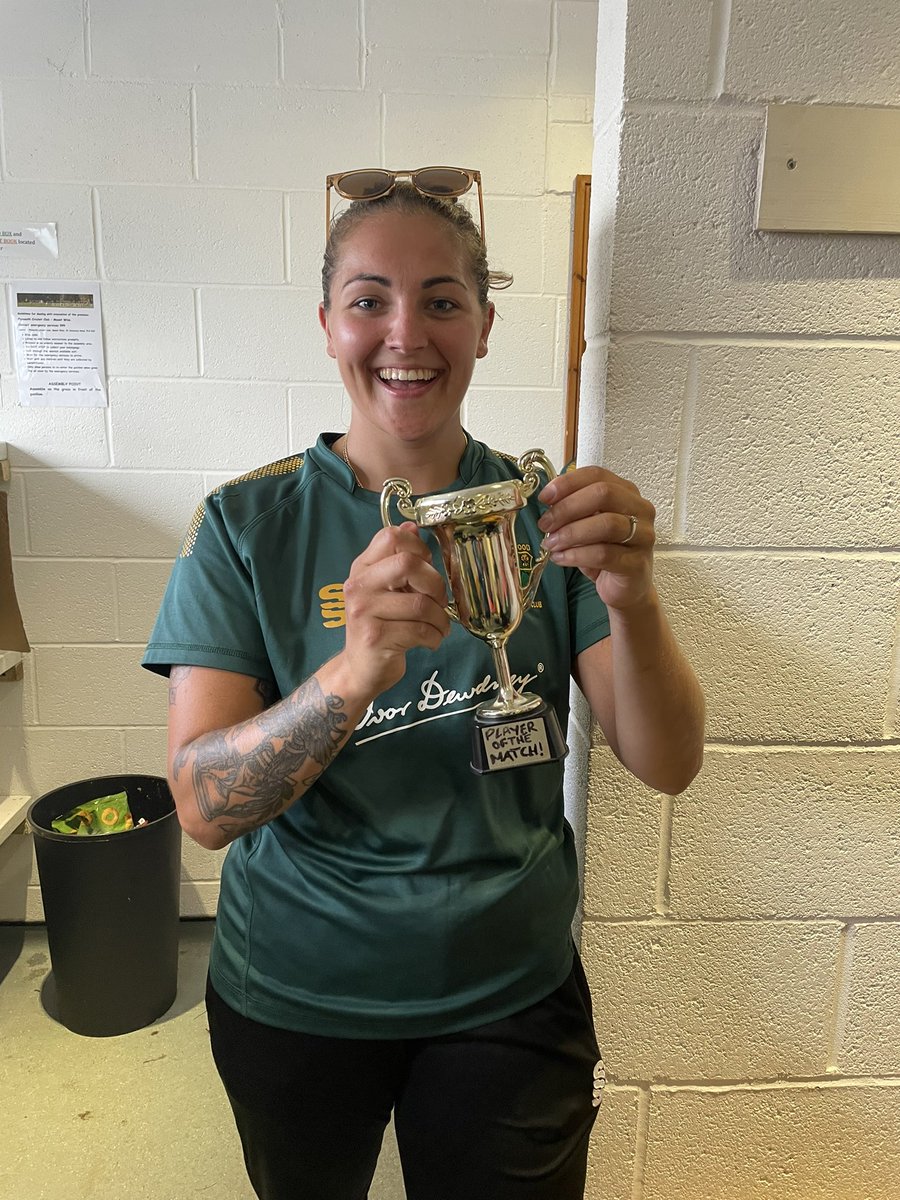 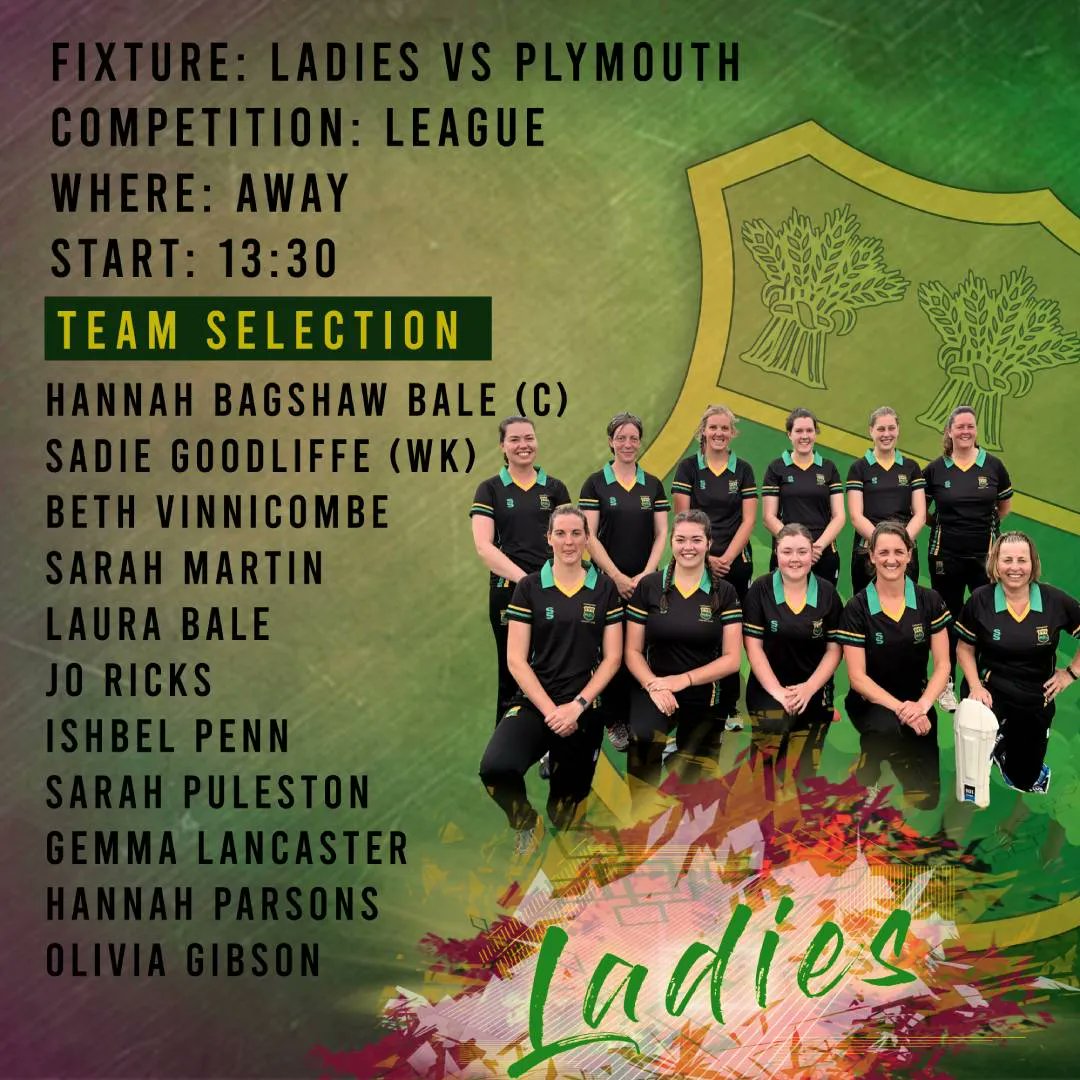