U13’s Finalists, a tough beat for the Ones and another hat trick

This week’s Sweep starts with a big round of applause to the Under 13’s team who reached the final of the ECB Devon Under 13’s T20 competition on Sunday. The boys tore through their counterparts from Bovey Tracey in the semi-final before Heathcoat pipped them in the final match. The Under 13s hunt as a pack with skill and confidence; passionately and thoughtfully coached by Rob Giles and his team.

However, these results also reflect the wider growing colts culture at the Wood. The team is not just the enthusiastic youth and the coaching faithful; it’s dedicated parents, the hospitality team that ensure Oak Park is the only place you’d would want to be on Friday night and strategic decisions to invest in colts winter training over many years.

On any given Saturday, more than half the First team is made up of players who have come through the Colts system. All signs show that could well remain true in a decade’s time.

Speaking of the Ones, they faced what is always a challenging trip to the Recreation Ground at Bovey Tracey. While the Premier table at the start of play had the Ones in fourth and their Hosts in the relegation zone in 9 th , only 14 league points split the teams. Bovey have been struggling to get over the line recently, but their T20 victory over Cornwood the previous Sunday demonstrated they were not to be underestimated. Early rain reduced the match to 48 overs and captain Elliott Staddon naturally elected to field.

The Ones enjoyed the favourable early conditions reducing Bovey to 30-3,
Adam Goodliffe (9-0-22-2) taking the wickets of experienced batters Edward Foreman and Abraham Kopparambil. Afghan international wicket keeper Munir Kakar and Bovey Captain Ashley Causey put on 51 for the 4 th wicket before the returning Ben Beaumont (4-0-28-2) and Jay Bista (7-0-40-3) caused a minor landslide to put the hosts 93-6.

After the match, Elliott Staddon commented that perhaps the Ones, ‘let Bovey get 20-25 more than we should have.’ Most of those runs came from Seb Ansley’s explosive 32 in 19 balls. Lee Baker (4-0-16-2) was able to clear the tail and Bovey Tracey were all out for 174.

In reply, the Ones will be encouraged by a 47 from Jay Bista and the promise suggested by a 42 run 3 rd wicket partnership between him and Ben Beaumont. However, as a team, the Ones batters found it tough to stick around and wickets fell regularly. When Jay was the third of four catches for Munir Kakar and Harry Woolway was trapped LBW next ball to leave the team 88-7, the task remaining grew too large. The lower order were able to scrap to 121, 53 runs short of the target. The loss puts the Ones joint fifth in the table, but only 7 points above the relegation zone. The Premier title race is a 3 horse affair between North Devon, Heathcoat and Sandford. Hatherleigh are starting to grow roots at the bottom of the table. For the six other teams, including the Ones, the second half of the season is shaping into a game of musical chairs with 6 teams fighting for 5 Premier places.

Jack Brown snaffled the second club hat-trick of the season as the Twos were able to keep South Devon winless for the season. Put into bat by the visitors, the Twos started off aggressively as Robin Dart drove both South Devon’s opening bowlers out of the attack in 7 overs on the way to 44 from 36 balls. Duncan Boase was also dealing in boundaries on route to a run a ball 25. When Duncan was caught and bowled by seamer Lahiru Samaradivakara (6-0-32-3) at 116-4, the bowling side started to
exert control.

The Twos reached 167 all out in 31.5 overs, which gave them a target and 4 batting
points, but left 13 batting overs on the field. Tea time rain reduced the South Devon target to 153 in 41 overs and South Devon looked to attack from the start aiming to deliver a first successful run chase of the season in seven attempts. The innings began as a tale of two ends. The batters had the best of overs from the North End. However, Andy Bees, warming up for a sub 2 hour Torbay half marathon on Sunday, roared in from the South
End with a season’s best 9-3-16-4. Those 16 runs contained just one single on the leg side.

At 77-4 with 26 overs to go, South Devon were still very much in the game. The Oak Park surface was showing turn though as Matthew Tamsett (8-1-13-2) took 2 key wickets in 3 balls. Those wickets exposed the South Devon tail as Jack Brown went to work.

The last recognised batter was Under 18 Noah Rider, but in the first ball of the 23 rd over, his inside edge popped to Luke Richardson at forward short leg. Toby Goodman missed a leg side swipe to a straight ball with his first ball to set up the hat-trick ball. Jack went over the wicket to the left handed Dan Duke and trapped him leg before with a full ball.

A partnership of 22 was able to develop for the last wicket
before Jack Brown won another LBW decision for figures of 5-0-9-4 and a 37 run win. Like the Ones, the Twos are joint fifth in C Division West but with a more comfortable cushion from the relegation fight.

The Threes’ luck continued to be sub-optimal through no fault of their own as their match away to Yelverton Bohemians 2XI was not able to proceed.

The Fours, however, were able to get a reduced overs match in against Bridestowe 2XI. Bridestowe are a club on the rise with their first team performing well in B division and their seconds pushing for promotion in G Division West. Their bowling dominated the Fours as, despite the valiant efforts from Simon Garland and Anthony Goodwin reaching 16 a piece, no one could budge Edward Extras from top scorer with 19 out of 120.

The chase proved not to be difficult for the visitors as they cantered to an 8 wicket victory with 28 balls spare. A win elsewhere for Hatherleigh drops the Fours into 9 th in their division.

Next week, the Ones come home to Oak Park to play against Sandford, a team who have thrown their hat into the Devon title conversation with convincing wins over Plymouth and Heathcoat. The Twos travel to Ashburton, the Threes are up against Kingsbridge 2XI and the

Fours are away to Ipplepen 3XI. Sunday sees the Women’s Ones host Taunton Deane 2XI at Oak Park. 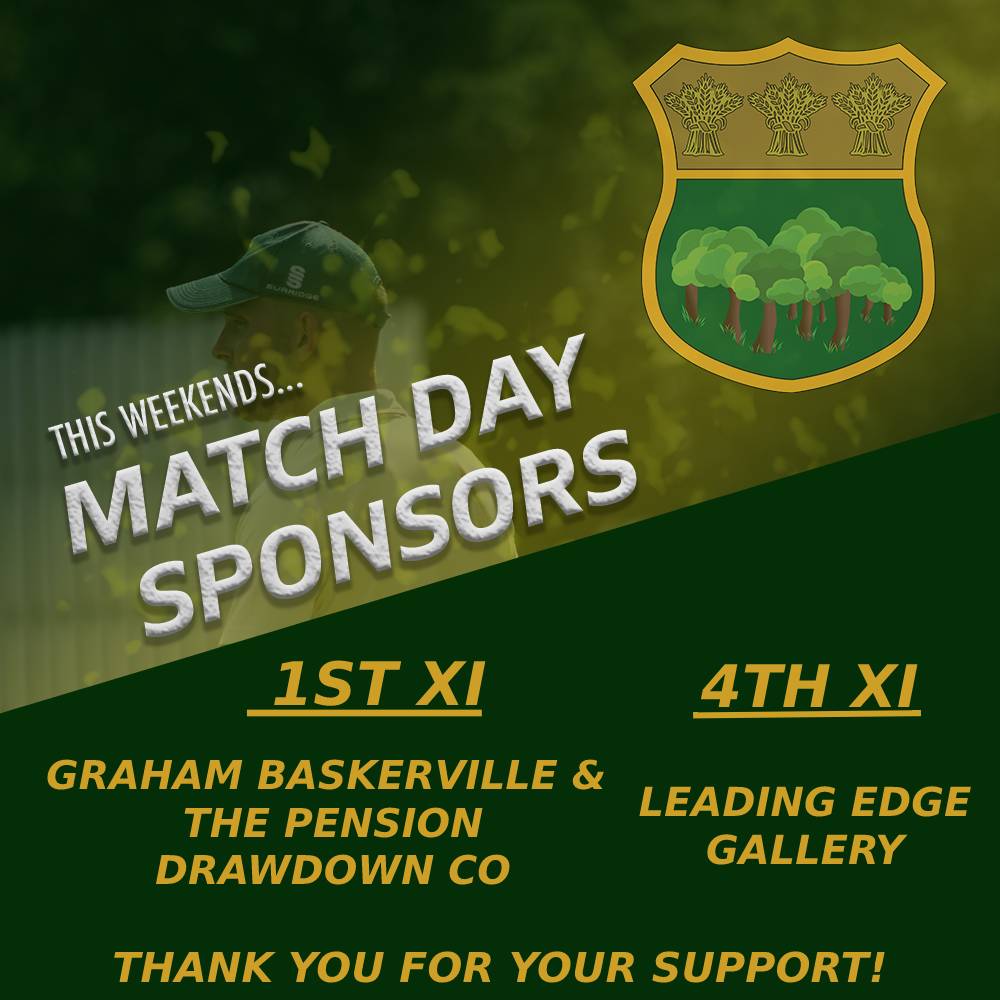 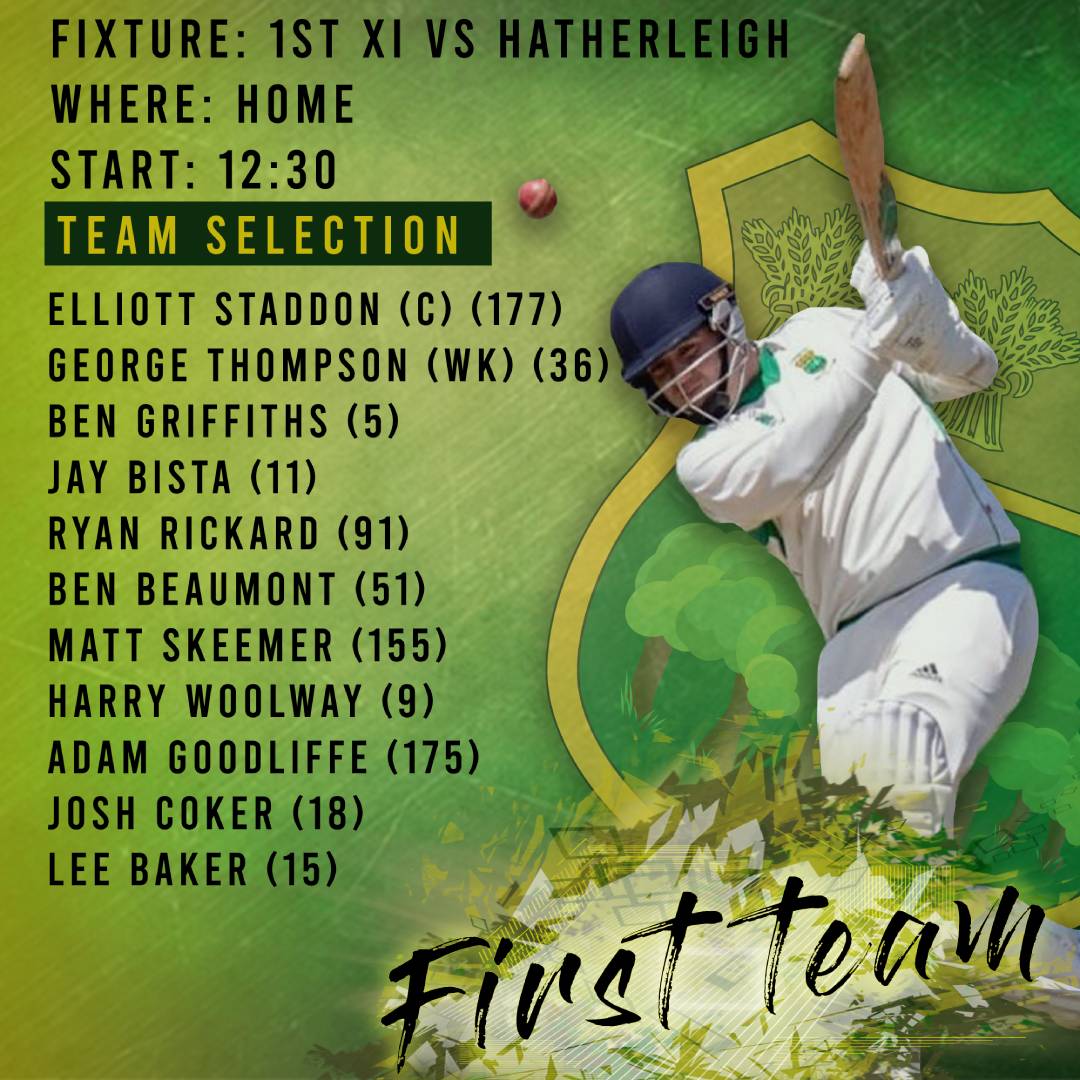 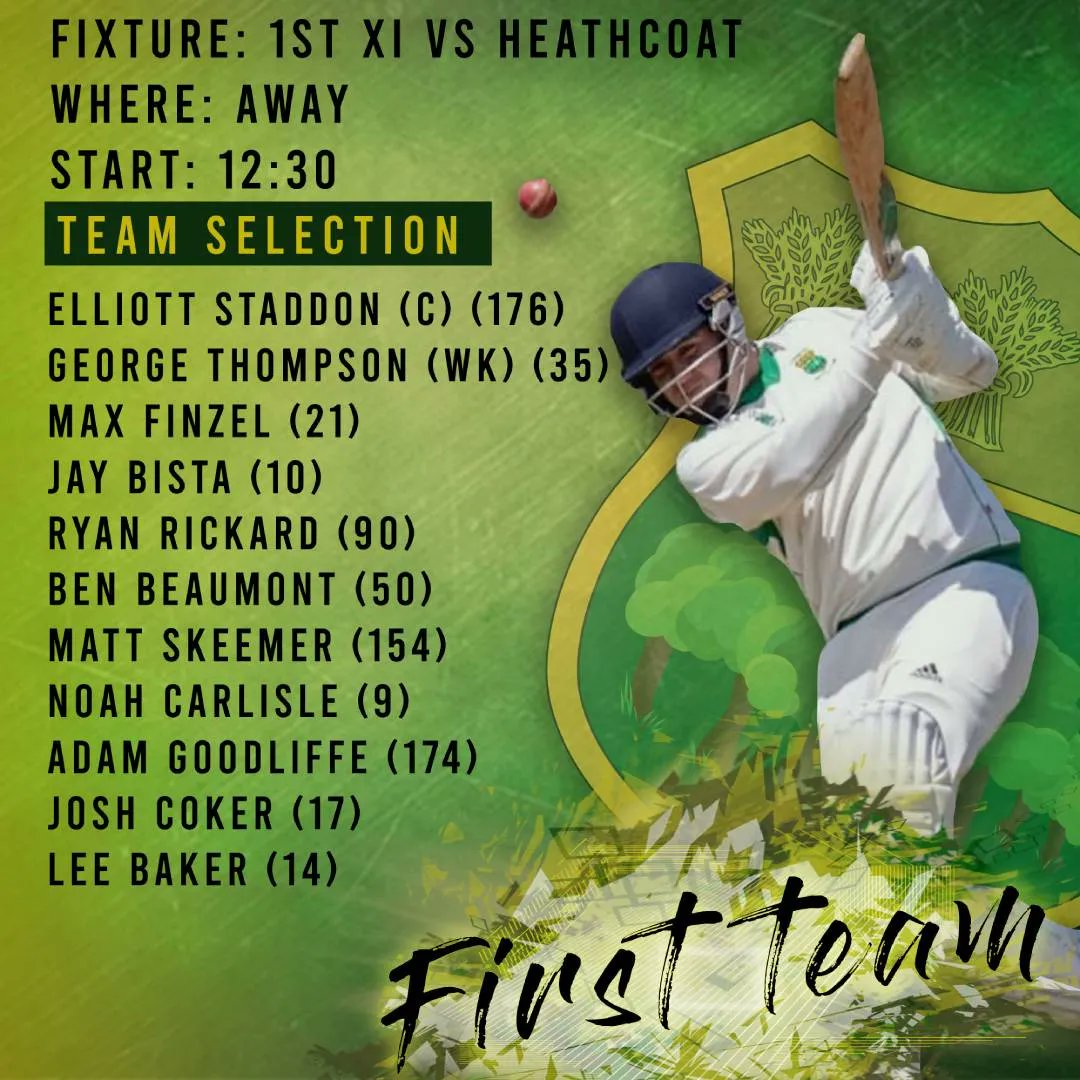 Cornwood CC man of match Jay Bista with our match